If All Disney Princess Movies Were Named Like Tangled

Have you ever noticed that after The Princess and the Frog, Disney started using a new naming convention for its movies? What once might have been Rapunzel instead became Tangled. What was originally The Ice Queen is now Frozen.

(Yeah, I know Moana disrupts my theory, but this is just for fun so go with it.)

Disney had good reasons for changing their naming scheme. The Ice Queen didn’t fit the characters or story or themes of the movie it became. Rapunzel implied that it was only about her, when it was just as much about Flynn/Eugene. Plus, “tangled” is a very clever, descriptive term that describes the movie’s plot (these two characters become tangled up in a crazy adventure together), it’s a word related to Rapunzel’s crazy long hair, and it symbolizes the plot without literally describing it (at no point do they both become actually tangled up in her hair — though Flynn does get tied up in it briefly when they first meet).

Anyway, being stuck at home during quarantine makes your brain go to strange places, so I started wondering what it might have been like if Disney had always used these kinds of names for its princess movies. Thanks to some brainstorming with the missus, and further help from some clever friends on Facebook, I present to you my list of modernized Disney Princess movie names.

Criteria, based on Tangled and Frozen:

In chronological order of the movies’ release dates…

Snow White and the Seven Dwarves

Look, we all know Snow White would not hold up today. A damsel in distress is taken in by seven dwarves, who she then molds her entire life around cooking for and cleaning up after.

It’s a classic, but definitely not timeless.

Still, the heart of the movie surrounds a vain, nameless evil Queen who’s obsessed with being the most beautiful person in the land. When her stepdaughter turns out to be prettier than her, jealousy and devious schemes ensue. At the end of the day, the Queen tricks Snow White into biting from a poisoned apple that forces her to fall into a “sleeping death,” from which she can only be awoken by Love’s First Kiss™.

I chose Poisoned, honestly, out of a lack of better ideas. Is it the most appealing title ever? No. Does it describe the entire movie? Not quite, though it could be argued that the poison of jealousy is the Queen’s motivation.

Credit for this brilliant title goes to my Facebook friend John Singh. It’s my favorite from this entire list it because it feels like the same kind of title as Tangled or Frozen. It’s also an extremely appealing title, and has a fairy tale aura to it.

Cinderella hinges entirely around that midnight deadline, when the magic that makes her appear to be a princess wears off. (For unknown, completely arbitrary reasons. Much like how the magic of Tangled‘s flower-turned-hair is unlocked only when a special song is sung. What’s up with that?) Everything that happens can be divided into before midnight and after midnight.

I also really like how the Midnight title treatment looks in the same style and font as Cinderella. The whole idea is just perfect.

Look, this is Snow White without the dwarves and we all know it. And with dumber ideas. (Why on earth would the three fairies put an entire kingdom to sleep when Aurora is cursed to sleep? If the President was diagnosed with Covid-19, does that mean the entire country would have to be given it, too? It’s idiotic.)

The villain Maleficent is the only interesting thing about the movie, and her self-titled live action film starring Angelina Jolie did a 10,000x better job of wringing every out possible compelling plot point and emotional investment from the story, while adding some smart new ones to go with it.

If there’s a better title than Cursed (which could actually be applied to several of these movies), I don’t know what it could be. Asleep? Oh yeah, there’s a movie everyone would want to see.

At long last, Disney steps out of the “damsel in distress” genre. Mostly.

With The Little Mermaid, another fairy tale gets a more well-rounded female heroine, who has actual choices she gets to make and everything! She gives up everything she knows — and even her ability to speak — to be with the man she loves.

I chose Breathe because so much of the story revolves around breath — breathing on land, or the lack of air in the underwater kingdom. Ariel losing her ability to speak and sing alludes to the importance of breath. And when she makes her way onto land, she can finally be herself and not crumble beneath her overbearing father and a society that sees her as an oddball.

Beauty and the Beast

This was a hard one. Everything about the movie is described already in the original title. My wife suggested this one, and I like it because it works for the story, and for both characters.

Belle becomes trapped in the Beast’s castle when she takes her father’s place as the Beast’s prisoner. Beast, on the other hand, is trapped in a horrible, animalistic body when he’s cursed for his cruelty.

Only by finding one another do they escape the entrapment of who they were, and discover who they’re meant to be. (A recurring motif in modern Disney flicks.) 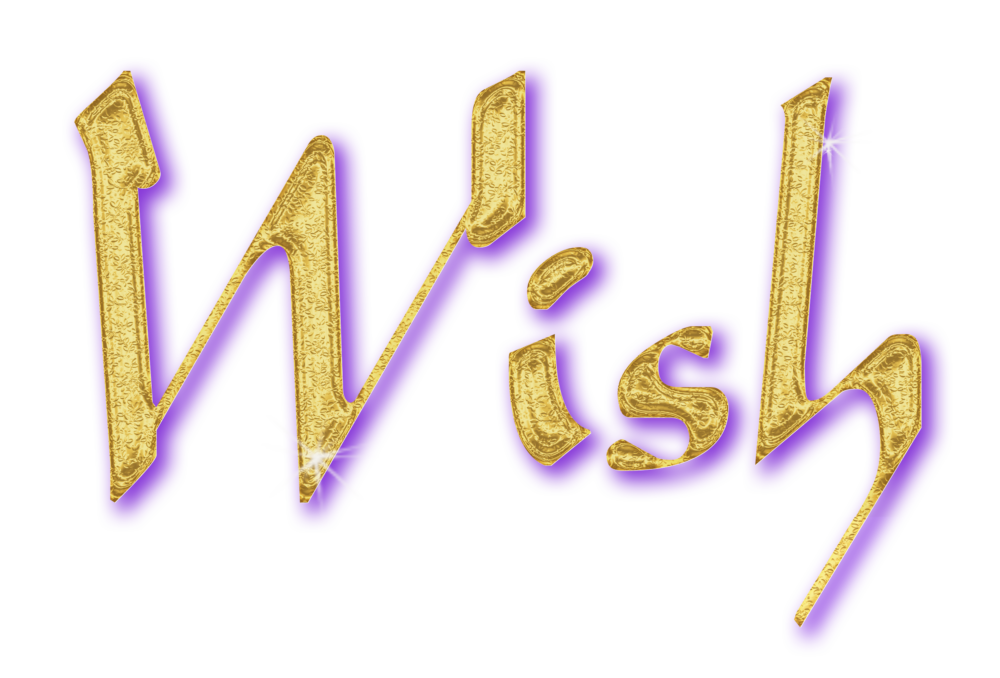 Wish was the first and only title that occurred to me for Aladdin. I considered Wished, past tense, but it felt clunky. It implies that the events of the movie have already happened, as if Aladdin has already made his wishes before the movie starts.

The movie revolves around Aladdin’s discovery of Genie and the three wishes he’s granted. It’s because of those wishes that Aladdin and Jasmine are ultimately able to be together, albeit in a ridiculously roundabout way. 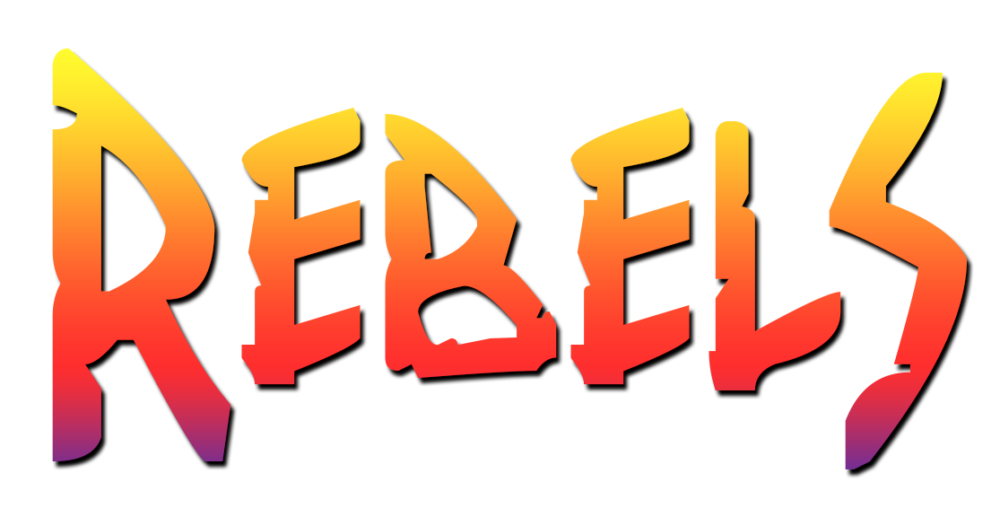 Confession: I’d never seen Pocahontas until I watched it as research for this article. And I quickly learned why it’s not high on anybody’s list of favorite princess movies. Pocahontas was always an odd choice for a Disney Princess film, because it’s the first (and so far, only) one they ever did that was based on a real person.

It’s not until Pocahontas meets John Smith, which comes like halfway through the movie, that the story gets even mildly interesting. The fact that it takes some major liberties with the real-life history of the main character hurt its prospects from the start. There are a lot of leaps of logic as well, such as Pocahontas’ sudden ability to speak English because she “hears with her heart” or something.

It’s hard not to consider calling this one Savage, because it’s probably the one term used most often in the movie — by both the Englishmen describing their Native American opponents, and vice versa. But it feels too offensive.

I picked Rebels because both Pocahontas and John Smith rebel against their respective societies when they meet and fall in love. And it’s only that rebellion that saves both of their people.

Pocahontas is also worth noting for being the only Disney Princess movie where the girl doesn’t get the guy and live happily ever after.

Several things to unpack about this Chinese folk hero. First of all, and I hate to burst your bubble, but Mulan is not a princess. Not a princess. Mulan is a warrior. She does not come from noble lineage, nor does she need to.

Mulan was the first-ever Disney Princess to not feature a “Prince Charming” archetype and love interest. Girlfriend don’t need no man; she gets it done all by herself. (Yes, I’m aware that a romantic relationship is suggested to be in the works in the final scene, but it’s not part of the plot or Mulan’s journey.)

Which can only mean that Disney included her on the official Princess list because they wanted some Asian representation. It can’t be a coincidence that her movie comes smack in the middle of flicks starring Arabian, Native American, and African American princesses. (Wake up, sheeple. Somebody get Qanon on this, stat!)

Back to the matter at hand. Why “Hero”? Because it’s the only word I could come up with that sums up the whole of Mulan’s character. She’s an incredible fighter. A fierce warrior. A fearless leader. She’s also a devoted daughter who sacrifices her own safety and future to take her father’s place in the Chinese army, despite the mortal danger it places her in.

“Fighter,” “fearless,” “self-sacrificial,” “courageous”? No other word sums up who she is with greater precision than Hero.

The Princess and the Frog

Without a doubt, this was the toughest one to crack. How in the world do you sum up everything that happens in this movie? From the real-world New Orleans setting to the froggy adventures in the bayou, from the voodoo magic to the jazz soundtrack, it drips with Southern charms — and danger.

The crux of the movie is Tiana and Naveen’s unlikely romance, which they only discover after being voodooed into frogs. What the movie does so beautifully is have both characters find their best selves over the course of the story, while at the same time finding each other. And both of those are intertwined.

Tiana is a self-starter who believes in the value of hard work above all else, dreaming of opening her own restaurant. Naveen is a pampered prince who loves having fun but has been cut off financially by his parents due to constant, frivilous shenanigans. By the end of the movie, Tiana has discovered how to have fun and let down her guard enough to love, and Naveen has matured into a fully realized adult, willing to do actual hard work or whatever it takes to make Tiana’s dream come true, and therefore worthy of her.

It’s an oddball of a story, flipping The Frog Prince on its head, including such oddities as a Cajun firefly in love with a star and a wacky voodoo priestess who performs a gospel song. But somehow it all works.

I chose Remade because it sums up both characters’ emotional journeys, as well as the literal transformation they both experience in becoming frogs, and then human again.

Disney’s most unconventional princess movie to date, this one has no love interest whatsoever for its princess who refuses to be called a princess. And it’s yet another culturally significant addition to the roster, with Moana originating from Polynesian waters.

Moana is the tale of a girl who has to disobey her father in order to recruit the help of a less-than-helpful demigod and ultimately save the world. It takes place almost entirely on the ocean, so water-themed ideas were the first that came to mind. Some foreign markets even officially renamed it Oceania.

But I like Heart both because it describes Moana’s strength of will and emotional refusal to give up on her sacred mission, and the source of that mission: the literal heart of the goddess Te Fiti, that must be returned to her in order to save the world.

In closing, please take the time to appreciate how I tracked down each and every font required to create these titles! I’d call it a labor of love, but in reality it was probably time I should have spent doing other things.